This Legislative Action Center is dedicated to giving our members the tools, training, and education they need to advance liberty in Tallahassee. Learn how to be a countervailing force against the special-interests lobbyist who pressures legislators for bigger government and loss of liberties.

There is power in numbers and in order to be a strong countervailing force against the special interest groups and their army of lobbyists, we will bring individuals and groups together who share common goals and concerns to become a powerful force to be reckoned with by elected officials.

To be effective, we also need to be organized, on message and to know who and when to contact in Tallahassee. Successful grassroots advocacy isn’t just about contacting elected or non-elected officials. It is about contacting the right people. Also, knowing the right time to call about a bill is crucial. If people call about a bill when it is not up for a vote is a waste of your valuable time.

You have to know the rules of the game. And then you have to play it better than anyone else. Albert Einstein

To successfully fight back against big government special interest and win will only happen through a comprehensive year-round strategy. The Florida Legislature typically meets for three months of Committee weeks and then two months of the Regular Session. There is a strategy for the 5 months of legislative activity in Tallahassee and there is an off-session strategy that is equally as important. After one legislative session is over, we must be working hard to be ready and organized for the next session.

CHECK OUT OUR STRATEGY

We are laser-focused on protecting the principles of limited government and individual liberty, we will NOT compromise our principles and we WILL hold politicians accountable for their votes.

The Founders created a system of government that empowered citizens to be the ultimate source of power and while the founders created three branches of government to be a check and balance on each other, ultimately it is upon us, the citizen to ensure that freedom is guaranteed and that our government is limited in a manner to not impede on our liberty. Citizens are best able to pursue happiness when government is confined to those powers which protect their life, liberty, and property.

â€œMy belief is that the whole Constitution should be the yardstick of freedom. Whether it is big government’s invasion of privacy rights or protecting gun owners from harassment by Tallahassee bureaucrats, our unique role is vital to those who cherish liberty. It is upon us, the citizen to ensure that freedom is guaranteed and that our government is limited in a manner to not impede on our liberty.â€ -John Hallman 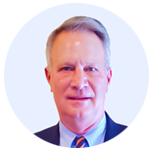